Dear Friends,
Last year, Chris shared his story that is sadly very similar to mine… of a brother lost. This year, he has asked me to share my story of how schizophrenia doesn’t fight fair.

My name is Trevor Mills. I am a teacher by day, and a hip-hop artist by night. Inspired by my big brother, Spencer, and his journey, I performed at B.C. Schizophrenia Society’s Re-Mind, an event marking National Schizophrenia and Psychosis Awareness Day.
As kids, Spencer and I were nearly inseparable. Even though he was only two years older than me, I thought Spencer was the coolest, smartest, strongest person in the world. We shared the same toys, comic books, clothes, friends – we even shared the same room.
From a young age, we liked to see ourselves as underdogs, fighting to succeed in life. We both became involved in sports. I excelled at football and wrestling, while Spencer’s passions were boxing and kick-boxing.

We were attracted to hip-hop’s music and culture. Spencer was moved by the stories heard through hip-hop, of youth struggling in the city; he saw them like us – warriors, fighting against all odds to succeed in life. As I progressed as a hip-hop artist, Spencer attended every one of my shows, offering encouragement and support. He was my biggest fan.

College and university were stressful for us both, but we grew even closer as we continued to fight and bolster each other to succeed. We spent our Friday nights at the Langara College library – after visiting the 7-11 first, of course – studying until the library closed.

Spencer worked very hard to complete a challenging program in international trade at BCIT and landed a job in a logistics department of a shipping and receiving company. Everything was going well; Spencer was getting positive feedback and enjoying his work.

But then things began to change. We would not hear from Spencer for long periods of time, and when he did talk to us, he would mention bizarre theories about people we knew. Eventually, Spencer admitted he had lost his job. Although he insisted he was fine, we knew he wasn’t. Spencer started becoming increasingly paranoid, withdrawn and suspicious.

Over the next few years, Spencer fought to stay healthy and focused. And there were times when he seemed to be winning the battle. Spencer would land a temporary job and seem to be doing better – but then psychosis would hit and he would have to start all over again. And just like when he boxed, Spencer would dust himself off, and stand up, ready to fight again. Even though he was weaker and had a little less to fight with after each round, he never gave up.

Schizophrenia landed a low blow when I became the target of my brother’s paranoia, and things became much more difficult. All of us were confused and did not know what to do. Soon, Spencer started to live at home again, off and on, and because of his paranoia, I felt I needed to stay away.


Nobody was to blame.
Spencer was going through psychosis.

One afternoon my mother phoned and asked me to come over right away. When I arrived, I found my brother was speaking incoherently as he ripped open the pillows in his room, searching for cameras. I took one look and knew it was time to act.

After I persuaded Spencer to go out for a walk, I whispered to Mom to call 911 and ask for Car 87, a special team that pairs a police officer with a mental health worker. Despite my feelings of betrayal and guilt, I led my brother out of the house for some fresh air, knowing that professionals were waiting. The Car 87 team engaged Spencer in a dignified and caring way and eventually brought him to the hospital.

At first, we felt relieved, thinking that Spencer was finally getting the help he needed. We saw him every day, brought him his favourite foods, and were happy that he seemed to be calmer and responding well to treatment. But after 10 days, Spencer was discharged without us knowing and he disappeared. We were angry and discouraged, and did not know where to go and what we could do.

Over the next few years, we watched helplessly as Spencer continued to battle the voices and delusions. Too proud to ask for money or accept handouts, Spencer moved from one temporary construction job to the next. Once, he was dismissed for talking out loud to himself. Most of the time, he was sick, scared, and desperately needed help.

In the summer of 2013, two years after he was discharged from the hospital and three weeks after his 34th birthday, my brother, my hero, the man who fought so valiantly to succeed in life – Spencer John Mills – took his life. 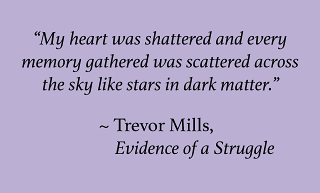 After his suicide, we were completely lost. Although we found a few organizations dedicated to schizophrenia, they were focused entirely on the patient, and offered no support for families. We didn’t know how to fight in a system we did not understand… a system that B.C. Schizophrenia Society (BCSS) helps families navigate every day.

BCSS is one of the only organizations in B.C. dedicated to providing families with resources so they can care for their children, brothers, sisters, or other family members. BCSS Regional Educators help hundreds of families across the province each year. BCSS support groups, programs, and courses like Strengthening Families Together would have given our family what we needed to help Spencer.


If only we had discovered B.C. Schizophrenia Society sooner.

BCSS connected us with families who had survived similar tragedies, and we bonded immediately. BCSS not just supported us through our grief, but it also helped us rebuild our lives and find new purpose. Knowing Spencer would have wanted me to continue with my music, I released Evidence of a Struggle, an album raising awareness of mental illness and its effects on families. This album has helped adults and kids who are waging their own wars with mental illness to reach out and seek help. Spencer would be proud to see me use my passion to connect and help others.

But that’s just not enough.

My brother meant the world to me.


Losing him was the hardest thing I have ever experienced, and there is a hole in our family that will be forever empty.

Schizophrenia took my brother from me. This disease destroyed my bright, hardworking, fun, and caring brother whose life was full of promise. It hurt everyone in our family as we watched Spencer fight round after round.

Although I was not able to save my brother, together we can make a difference for thousands of others in B.C.
Last year, Chris matched every gift that was made over the holiday season. And after hearing about the story of my brother, he has generously agreed to do so again this year, up to a total of $10,000.

In addition to giving families the information and support they need when they need it, donations also fund essential research in schizophrenia and psychosis, based here in B.C., which will lead to better treatment choices and better care.

Please join me in the fight against schizophrenia by giving to BC Schizophrenia Society Foundation today!


P.S. Remember that donations received by December 31st will receive a 2017 tax receipt. Every gift counts. Please make your gift today and double your impact!

Want to make a donation?